No comments to show.
Interior Design with Augmented Reality 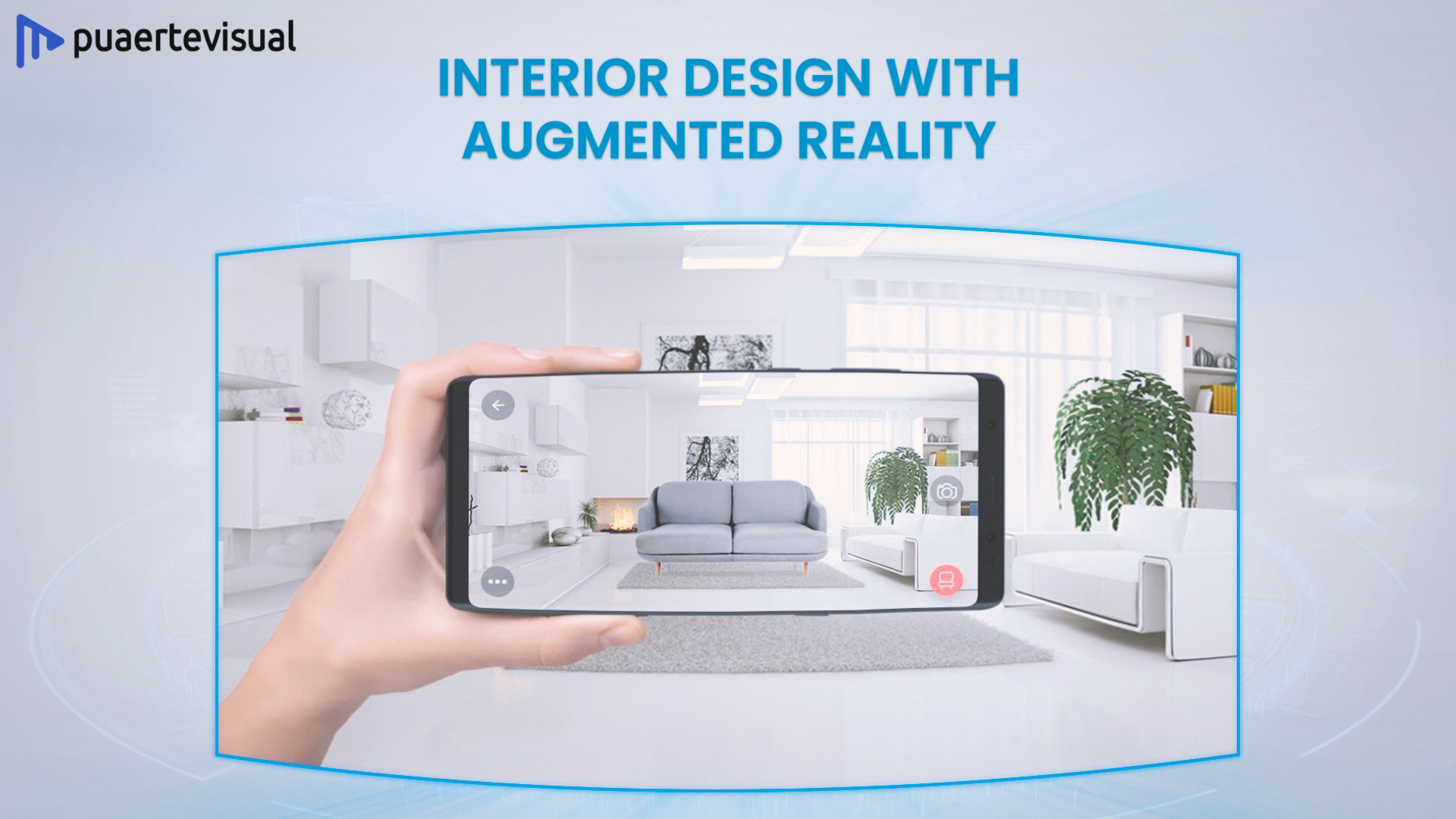 AR has the potential to be an extremely effective marketing tool since it enables users to visualize how partially produced or imagined something would appear once completed. This is particularly advantageous for demonstrating fresh advancements prior to their completion.

Toward the end of a structure’s life, the emphasis shifts away from its form and function and toward more aesthetic qualities such as its interior design. Not only can augment reality benefit developers, designers, and marketers, but it also benefits the individuals that interact with it in this manner.

To utilize Augmented Reality, a smartphone must be used to superimpose virtual features over real-world aspects. Numerous further applications for this feature are possible. Assess the final appearance and feel of the furniture and furnishings on your mobile device as they are adjusted to the image of your home’s interior.

Customers want to see and feel their purchases, which is why augmented reality applications for home decor, furniture, and design are gaining traction. 71% of customers think that being able to see the things they’re considering purchasing in augmented reality boosts their likelihood of making a purchase.

The usage of augmented reality-based Virtual Reality in online furniture purchases has increased significantly. According to IBISWorld, online furniture stores account for 15% of the US furniture market. Other research indicates that online furniture shoppers view the Augmented Reality (AR) experience as a critical aspect in their purchasing decision.

AR is having a profound effect on the interior design, furniture, and decor industries. Take a look at the following subjects for additional information.

A 3D model of a house’s design is achievable, but it lacks the context and surroundings of the premise itself. That’s where the power of augmented reality really shines. With the help of an AR-based model, you may get a better sense of the property and its surroundings.

It is possible for designers to demonstrate the house’s appearance and feel in connection with real-world environments after taking images from a variety of viewpoints. In order to create a more accurate depiction of how the structure might look, the actual photographs have been supplemented with Virtual Reality and décor components, as well as information overlays.

Having a Virtual Tour of the Property

A virtual tour can be an extremely beneficial tool for customers wishing to acquire a new property or evaluate the final look, feel, and usage of a housing project. Today’s architects can develop a thorough virtual tour in which they can move about and navigate using perspective technology.

Augmented Reality tours show visitors how a place really looks and feels, as well as how to get around and find their way around using real-world cues. As a result, the property and the total interior design project can be evaluated in a thorough, straightforward, and timely manner. Virtual Reality tours can be quite helpful in assisting buyers in evaluating new real estate or in analyzing a housing project’s final appearance, feel, and usage. Using perspective technology, modern architects can now design a fully guided tour that lets visitors explore a building in realistic 3D.

Using augmented reality, guided tours provide visitors a true sense of what a location looks like, how it feels, and how to get around. As a result, the property and the entire interior design project can be examined in a thorough, straightforward, and timely manner.

The floor plan is the most essential and deciding aspect when it comes to buying or selling a house. The majority of buyers, according to experts, are extremely unlikely to buy a property without first looking at the floor plan in question.

Architecture and design organizations are increasingly turning to augmented reality (AR) to speed up the normally lengthy design process while also enabling on-the-fly access to virtual models. Virtual collaboration powered by augmented reality has made it easier than ever to test new ideas, develop quick models, make alterations and tweaks, and iterate.

Designers and architects can convert their CAD models into realistic 3D Virtual Reality utilizing advanced augmented reality prototyping technologies. Architects may be able to do away with the necessity for actual 3D manipulation of their ideas. The entire design process can be completed in a matter of hours with the aid of augmented reality modeling.

Due to the advantages of augmented reality, architects and designers can now more easily communicate their concepts to customers, allowing them to collaborate throughout the design process.

It is feasible to increase customer satisfaction and project completion by simply allowing customers to communicate with designers. Improved iterations within an ongoing design project are enabled by Virtual Reality presentations that align both parties’ expectations.

The advantages of augmented reality in client interior design

2. Editing capabilities for designs – Users will also gain the ability to edit and modify designs even after they have reached the final stage. As a result, customers no longer have to worry about the time-consuming modifications required in actual décor and furniture.

4. Locate and test things remotely – Clients can experiment with a variety of products for their new project of Virtual Reality, such as furniture, without paying a dime.

Apps for Augmented Reality Design in the House

When most people think about augmented reality, they see 3D animations erupting out of their kitchen table. Most professional augmented reality apps currently on the market for interior design serve a significantly less impressive but no less important function. For example,

Aimed at interior designers, Google’s Measure is an augmented reality tool. Interior design spaces may be easily measured and mapped with this tool before they are CAD designed.

When it comes to furniture placement, augmented reality is just as important as it is for measuring and mapping. Because 3D furniture can be scaled to fit any location, if you push an easy chair into an alcove and it fits, the real easy chair will, too.

This app uses the AR Kit SDK, which IKEA claims has a 98 percent accuracy rate for rendering miniature furniture. Instead of serving as a marketing ploy for IKEA furniture, this app actually helps people solve real-world design issues. In terms of augmented reality for interior design, this is one of the more sophisticated options available.

You can get everything you need from Hutch, which is one of the most advanced AR interior design apps, in one place. Style filters allow users to experiment with several looks in a room before submitting their final image for virtual design. Upon signing up, app users may expect a finalized design, including white-labeled furniture and objects, within an hour of signing up.

Is augmented reality a viable option for interior design and real estate development in the near future?

Hardware is Virtual Reality always a substantial hindrance in real estate development, interior design, and other businesses. The major drawback of augmented reality on smartphones, regardless of how strong or efficient they grow at generating visuals, is a lack of complete immersion.

The beautifully clean lines of an ultra-modern kitchen may be lost on you if the actual interior design includes mismatched cabinetry and damaged floor tiles visible in your peripheral vision. Individuals may be able to remedy this issue once they overcome their anxiety of using augmented reality headsets or glasses.