No comments to show.
The application of XR technology can aid in production planning 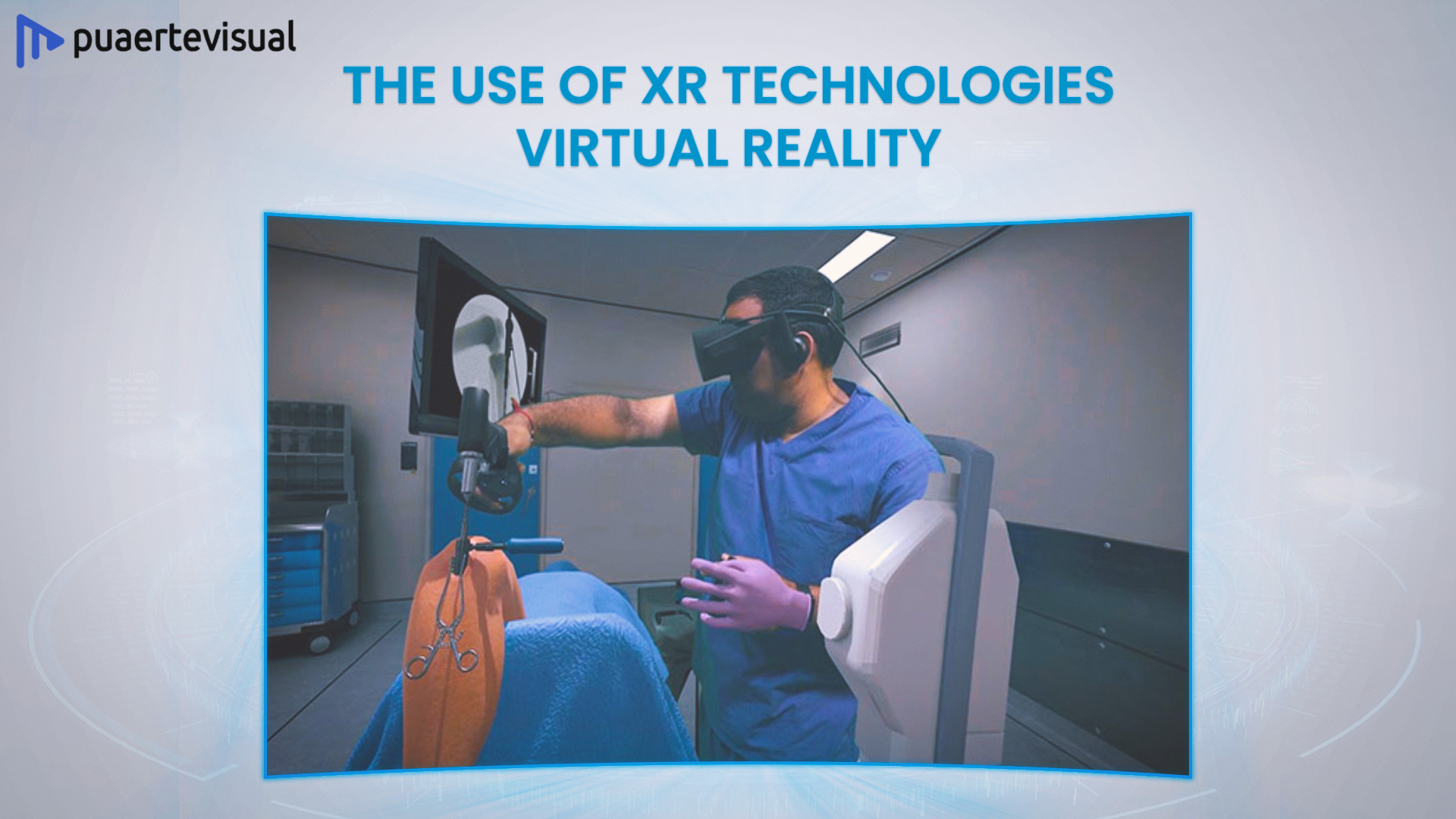 Manufacturing and industrial contexts may present some of the most promising prospects for using extended reality (XR) technology. According to a PwC study, the usage of augmented reality (AR), mixed reality (MR), and virtual reality (VR), and in product development alone may raise GDP by $360 billion by 2030.

Here are a few things manufacturing and industrial company leaders should know before deciding how to best implement these technologies.

1. XR has the potential to improve the product design process

Manufacturing is a competitive industry, and the opportunity to bring new goods to market quickly is frequently critical to success. This is where AR, MR, and VR may assist to improve product design, essentially by speeding up the creative process. Indeed, several businesses are currently utilizing XR technology to better the design and development of their products.

Ford is one such company. Designers at Ford utilize the Microsoft HoloLens headset to create mixed-reality automobiles. This enables designers to rapidly model modifications to automobiles while observing the changes on top of an existing, real vehicle, which is significantly faster than the conventional clay model approach. While clay models are still used in many situations by Ford, the HoloLens allows designers to swiftly test new concepts without having to create fresh clay models for each design.

During the COVID-19 epidemic, when designers had little alternative but to work from home, Ford employed VR to keep the design process going. Despite the physical distance, design leads were able to log in to a virtual studio and evaluate progress on new concepts, communicate ideas, and work in a more collaborative manner using VR headsets. Even before the epidemic, they were utilizing virtual reality to evaluate new concepts as a team, allowing them to make design changes before constructing a clay model.

XR technology may also help with production planning, whether it’s deciding where to put employees and equipment in a new plant or deciding how to build a new product line.

For instance, mechanics at the American aerospace company Boeing employed virtual reality to prepare for the production of the new 737 MAX 10. Mechanics could use VR headsets to visualize how the landing gear should be assembled and what tools would be required, allowing them to offer comments on potential choke points or new tooling gear months before assembly began.

3. Augmented reality may be employed in assembly lines

While wearing immersive VR headsets on an assembly line is probably not a good idea, less immersive XR technology can bring significant benefits to the production process. AR eyewear, such as Google Glass, and MR headsets, such as the HoloLens, may overlay instructions and images over real-world components and goods, allowing technicians and operators to come up to speed faster.

Workers installing GE wind turbines in Pensacola, Florida, use AR glasses that display digital instructions on how to properly install parts — rather than needing to stop and check manuals at regular intervals. As per GE, this resulted in a 34% increase in productivity above traditional operating procedures.

Curiously, GE technicians may utilize the glasses to view training videos or contact specialists for assistance via voice commands. Workers can live broadcast their perspective so that the professionals on the other end can see what they see. This demonstrates how AR glasses are far more adaptable than you would assume.

One of the benefits of XR technologies is that they may make learning more immersive, engaging, and successful – and this applies to both business learning and formal schooling.

Here’s an excellent example. Honeywell, a multinational engineering, industrial, and aerospace corporation, employs augmented reality and virtual reality to solve the issue of information “leakage,” in which older people leave and take their expertise with them. Retirees were traditionally encouraged to compile their expertise into PowerPoint presentations or Word papers that could be shared with recruits in a classroom setting. However, Honeywell discovered that this passive learning experience did not result in high knowledge retention among new employees – after three months, information retention was about 20–30%.

As a result, the corporation provided the HoloLens MR headgear to both leaving employees and new personnel. The aim was for retirees to record exactly what they were doing at work, and then enable new workers to view this information superimposed on their work actions. Was it successful? This more active method of training, on the other hand, increased information retention from 30% (at best) to an astonishing 80%. That’s rather effective, in my opinion!

5. There are several practical considerations to be made

One of the apparent constraints is that wearing an MR or AR headset for extended periods is uncomfortable, which means that asking people to wear these devices for, say, an eight-hour stint on an assembly line is just not viable. This will alter as technology advances, but for the time being, the most suitable use is likely to be periodically checking instructions while performing a task, following a sequence of commands in real-time, or learning a task before performing it, rather than wearing the headset for a few hours at a time. The usage of virtual reality headsets in the design process appears to be confined to short-term use, which is good.

Then there’s the financial investment, which will be a key factor for most organizations. As with any new investment, you must compare the expenses of incorporating the developing technology against the costs of not doing so – that is, the potential cost savings and efficiency you may lose out on if you do not invest.

It’s no surprise that most firms are concentrated on value-added operations, with few resources available for technological research and development exploration—unless it’s committed to the development of new goods. Capital investments to manage a firm are not made carelessly.

One area where XR might help you is safety. Personnel driving a high low forklift may receive an alert if other workers are close or around the machine since data is displayed in the line of sight. Another fascinating use for augmented reality is mapping out the plant layout to identify the ideal position for machines, forklifts, tools, workstations, and other equipment in terms of safety and efficiency.

As you explore new ways to assure quality throughout manufacturing, XR provides new opportunities to improve quality while lowering expenses. Instead of needing to refer to a manual or stop work to find it, shop floor employees may receive quality information instantaneously. One application we’ve seen is for just-in-time training. Supervisors can walk new employees through processes as they happen in a circumstance where you’d recruit a new employee. Furthermore, if a problem arises during production, operators may directly contact management to ask questions without having to walk off or shut down the line to verify that the task is done correctly.

When it comes to efficiency, XR has a lot of promise for your business. Operators on the shop floor may work hands-free and obtain information that is useful in the present, directly in front of their eyes. This implies that staff on the shop floor do not have to set tools down, pick up equipment, or go to a separate place to use a computer. They can be more productive in any operation if they have access to the proper information when they need it. This was evident in early iterations of Google Glass, which made it simple to manage equipment, materials, and people on the factory floor.

The usage of augmented reality not only produces superior outcomes in terms of user experience. AR technologies are also gaining traction in product creation and offer substantial benefits.

The importance of VR and AR in business is steadily increasing

AR and VR technology will forever alter the landscape of product creation. According to the latest PricewaterhouseCoopers (PwC) analysis, “Seeing is believing – How AR and VR will morph business and the economy,” the significance of virtual reality and augmented reality in the business world is growing quickly: VR and AR could directly impact 23 million jobs worldwide by 2030. At the moment, about 824,000 workers are exposed to these technologies at work.

From a minor phenomenon to a significant future technology, augmented and virtual reality may help all businesses, according to PwC, because they substantially simplify the creation of goods and services. Digital representations not only allow for more efficient process and workflow organization, but they also greatly increase human cooperation.

At a glance, the advantages of augmented reality for product creation

Extended reality (XR) technologies, such as mixed, virtual, and augmented reality applications in manufacturing, are set to revolutionize the way we operate. They are also altering how firms teach their personnel. The use of Mixed Reality (MR), Augmented Reality (AR),  or Virtual Reality (VR) (collectively known as Extended Reality (XR)) in engineering and manufacturing is still in its early stages but has seen a steady rate of growth and adoption in recent years, particularly in the manufacturing and engineering industries. Integrating more current, innovative technology into existing workflows requires investment and effort at first, but it will save manufacturers money and reduce lead times in the long term by enhancing operations. In 2020, augmented reality remote help became commonplace, and individuals began to seriously consider the future virtual workplace. In 2021, the use cases for remote assistance and virtual training proliferated, and the virtual workplace (virtual enterprise) was given a new name: The Metaverse. Remote cooperation and immersive training became increasingly more important as businesses grappled with the Great Resignation and global supply chain challenges. And with reports of consumer AR glasses in production and Zuckerberg’s vision for the future of work, Apple and Facebook (sorry, Meta) dominated XR headlines.

Book Demo
Next
The benefits of Augmented Reality