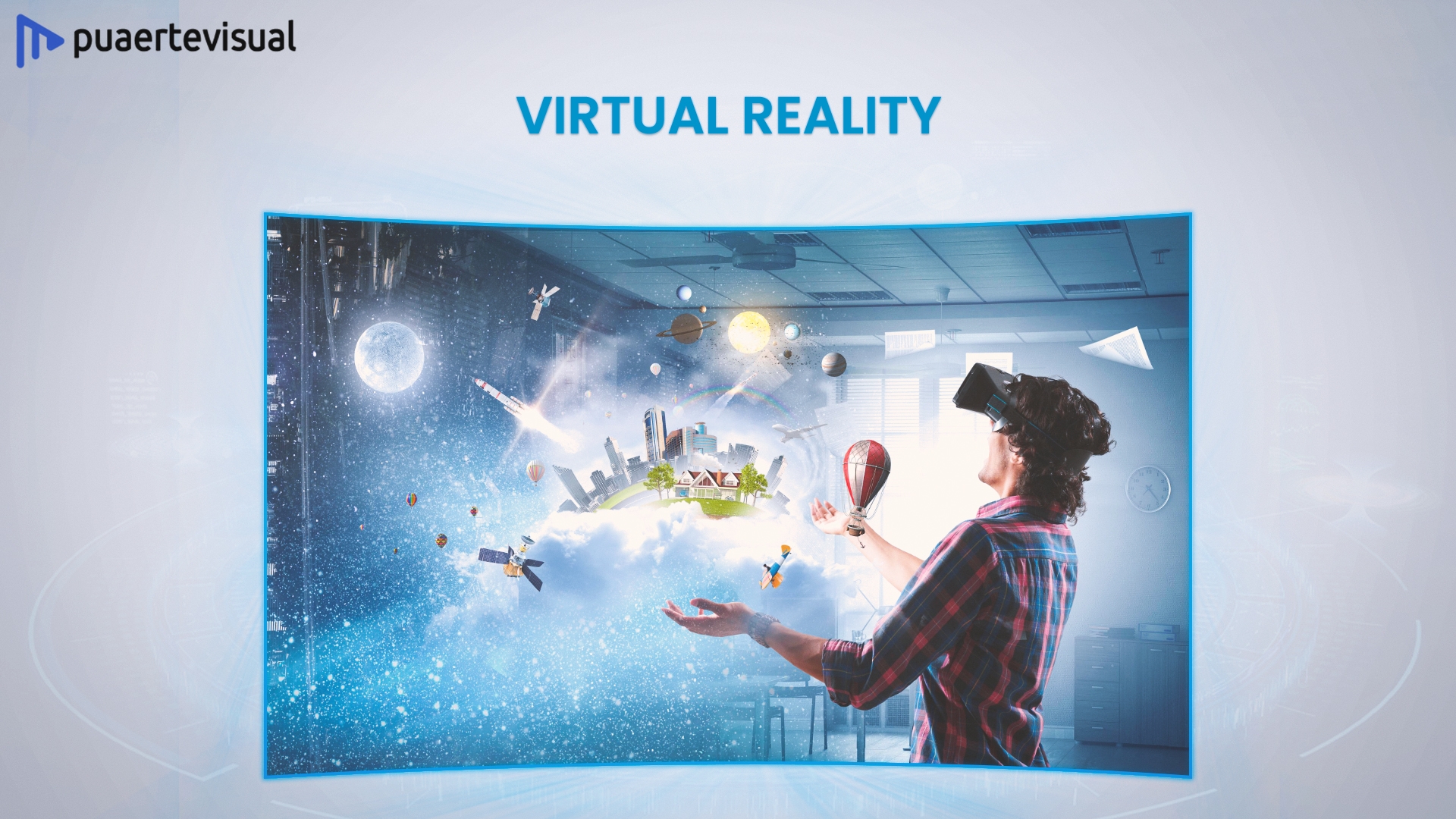 The world is becoming a breathtaking place. From mind-blowing 3D printed pavilions to virtual reality movies and augmented reality headsets, the boundary between the real and virtual worlds is dissolving at a rapid pace. Together with advanced haptics, it’s making for astonishing experiences that weren’t possible just ten years ago.

This technique entirely immerses people in a computer-generated virtual environment. The most modern virtual reality experiences even allow for movement — users can move freely within a digital world while hearing noises. Additionally, VR experiences can be enhanced with specialized hand controllers.

To experience virtual reality, you must wear a specialized VR headset. Many VR headsets are connected to a computer or a game console (PlayStation VR); independent devices are also available. Most standalone virtual reality headsets work in conjunction with smartphones — you insert your phone, put on the headset, and immerse yourself in Virtual Reality.

1) It can be utilized in medical studies to help students understand the human body’s structure.

2) It can be utilized in scientific research laboratories to facilitate research on a particular subject.

3) It can be utilized in entertainment, such as video games and feature films, to enhance the gaming experience and allow individuals to have experiences in harsh environments.

4) It can be utilized in driving courses because it simulates real-world road and traffic conditions.

5) It is used in military training to acquaint people with different aspects of the battlefield.

The benefits of virtual Reality are:

3) Virtual Reality enables users to interact with a simulated environment.

1) The equipment required for virtual Reality is prohibitively expensive.

2) It consists of sophisticated technology.

3) Unlike in the actual world, we cannot move independently in a virtual reality environment.

MR combines physical and digital aspects. Through the use of next-generation sensing and imaging technologies, you may interact with and manipulate both actual and virtual objects and environments in mixed Reality. Without ever removing your headset, you can watch and be engaged in your immediate area while engaging with a virtual environment using your own hands.

It lets you have one foot (or hand) in the real world and the other in an imaginary one, shattering fundamental notions of real and unreal and delivering an experience that has the potential to alter how your game and work today.

The Benefits of Mixed Reality:

Mixed Reality enables on-site teams to validate the quality of their work, reduce errors, and promote quick communication loops within the group. Additionally, it can aid in integrating quality assurance into the manufacturing process by enabling real-time visual examination of the constructed product.

Organizations that continue to use obsolete manuals are gradually phasing them out. They’re now utilizing Mixed Reality to cut down on maintenance call-out times.

Employees can obtain instructions or attend training sessions via mixed Reality rather than scrolling through multiple manual pages. Because sessions can take place on the job, time and training costs associated with developing training modules are reduced.

Between 2018 and 2028, a rising skills deficit may result in the vacancy of 2.4 million posts. Employers can now maintain critical skills by utilizing remote help via HMDs.

Users observe and interact with the natural environment in augmented Reality, which incorporates digital content. If this sounds confusing, consider Pokemon Go, which has compelled millions of people worldwide to race to their smartphones in quest of small virtual animals. That is the most evocative demonstration of augmented reality.

You can easily download an augmented reality application if you have a current smartphone and experiment with this technology. However, there is another method to enjoy augmented reality – through the use of specialized AR headsets such as Google Glass, which displays digital content on a tiny screen in front of the user’s eye.

The very first benefit of Augmented Reality is that it allows for the creation of new digital experiences that combine the digital and physical worlds. Furthermore, there is no additional hardware or software required to enjoy the experience.

Have you ever attempted to fix an automobile with only a manual? If you haven’t already, give it a try; you’ll immediately understand what a horrible idea it is. While I have nothing against support manuals and documentation, they frequently do not assist amateur users in making sense of how to solve things, mainly if it is a new model that bears no resemblance to prior automobile manufacturers or engineering.

The cognitive information load is what we are talking about here. When you cannot deal with it, frustration sets in and impairs your decision-making. This is precisely why inexperienced customers failed to resolve an issue by referring to lengthy and detailed support documentation.

When it initially gained popularity, Augmented Reality was generally regarded as a gaming and entertainment technology. However, over time, it has grown into various additional use cases that can result in significant commercial gains. Increased user involvement is one of these benefits.

4. Differentiation in the marketplace:

Brands must differentiate themselves in a market where all competitors provide identical products at the same price point. For so long, brands have distinguished themselves through traditional advertising channels and their creative potential.

Difference between Virtual, Augmented and Mixed Reality are as follows:

1. Augmented Reality (AR) augments a live view with digital features, frequently via the camera on a smartphone. Snapchat glasses and the game Pokemon Go are examples of augmented reality experiences.

2. Virtual Reality (VR) refers to an immersive experience that completely isolates the user from the physical world. VR technologies such as the HTC Vive, Oculus Rift, or Google Cardboard may transport users to diverse real-world and imagined realms, such as the center of a squawking penguin colony or the back of a dragon.

3. In a Mixed Reality (MR) encounter, real-world and digital items interact. Mixed reality technology is only beginning to gain traction, with Microsoft’s HoloLens being one of the most famous early examples.

In a short time, we’ve gone from worlds and environments that we can only imagine to worlds that are stunningly real. It’s mind-boggling for most people and it’s changing so quickly that it makes predicting the future difficult. There are no guides when it comes to imagining how these technologies could impact our lives from an industry perspective and how they will affect key aspects of our work and personal lives. That’s what everyone is exploring virtual, mixed, and augmented reality. Virtual Reality (VR) transports people into an entirely synthetic digital environment. Augmented Reality (AR) superimposes virtual objects on top of the real world. Mixed Reality (MR) not only superimposes virtual items on the natural world but also anchors them there.

Book Demo
Next
Most Popular Virtual Reality Games & Experiences on WebVR
Cancel Reply
Get In Touch!