No comments to show.
What is Virtual Reality? 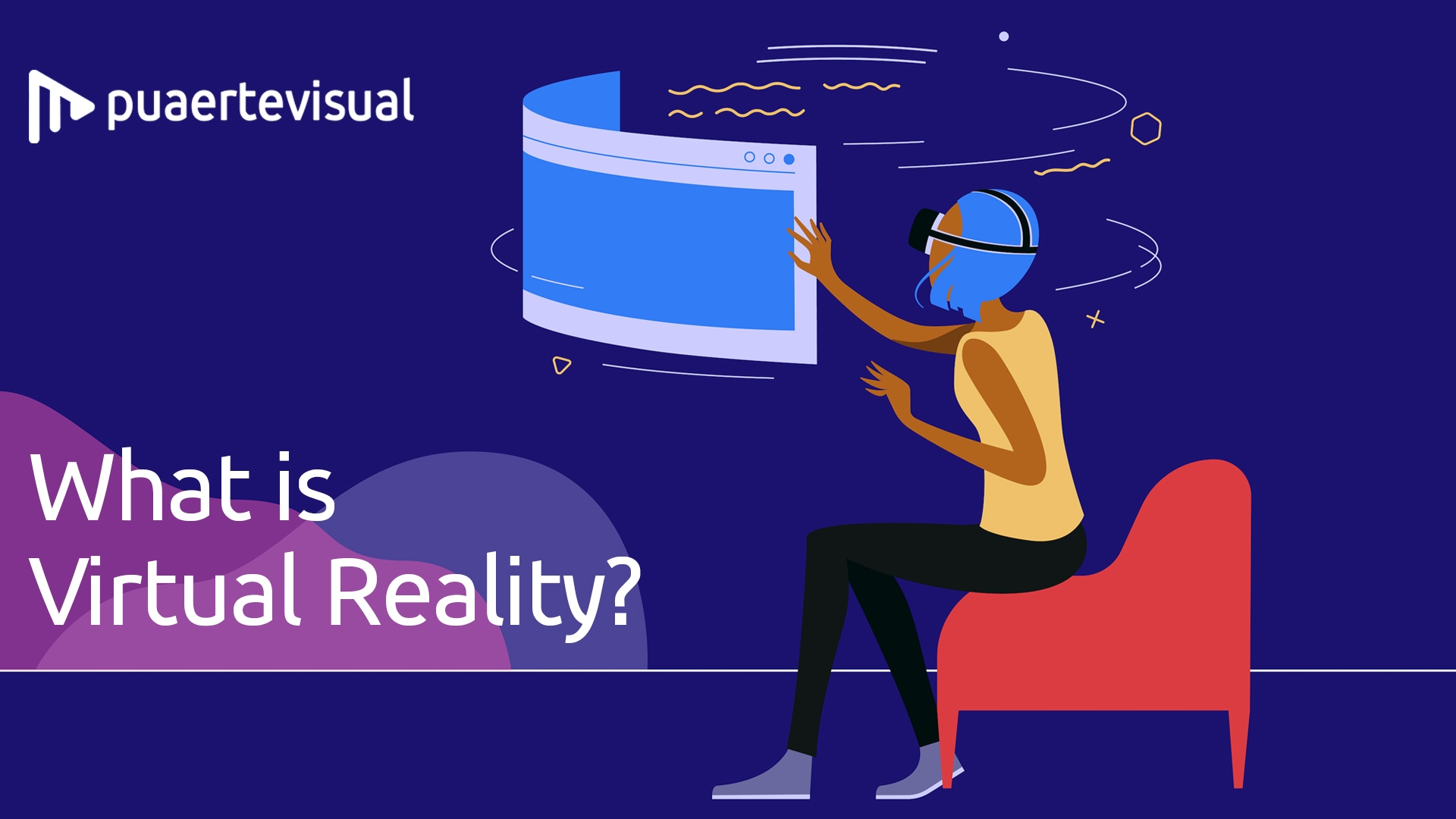 Virtual web experience gives the user a false sense of reality or a simulated experience where they can feel around the objects which are not present in real life.

It is an artificial view of the world, where the user puts on a headset and is carried away into an immersive and engaging experience. They feel like they are in a real space whereas it is only a virtual reality.

The user can move around in the space, touch different objects or move them according to their will.

The space is also called cyberspace wherein the user can find and employ different tools almost like gameplay. The difference between virtual gameplay and virtual reality is in virtual reality the user feels like they are in the real world without any fake feelings or views. It feels as real as the actual experience.

The user engagement is also growing by the day as the users are getting a hang of AI and virtual reality-based games. While playing games in the virtual environment users faced 25% more real serotonin rushes and excitement than in a normal 2 D game. As users are getting used to VR, in the coming days it will be a necessity for users to choose their favorite VR games.

Also, businesses will start incorporating VR into their services.

Here’s some information about WebVR?

Once the client logs into the browser they will be able to touch, sense, and see things that are only available in the virtual world! How amazing is that!

There are some popular web browsers that support virtual reality and give the users a simulated experience already! They are- Google Chrome, Mozilla Firefox web browser, Safari, and many more.

Did you know that the mobile that you are using right now can also help you experience this reality!

Samsung Internet, chrome, Mozilla Firefox, and other mobile browsers are suited for that.

If you want to expand your business and give your users a real feel then introduce virtual reality.

Meanwhile, the industries that could use virtual experiences and dp already are:

How to introduce VR in your business?

Virtual web experience can be introduced by you in the business through tools like ar.net

Several tools will be available soon for implementing VR into your services.

Recently we saw that Mozilla Firefox had made a declaration that they were going to introduce VR into their services. They are going to create tools for the services provided. VR tools will be provided to customers where they will be able to see and explore the pages in reality. The users will be able to touch and feel objects and simulations.

Do you remember the game named Pokemon Go! It is almost like that, just more real!

Mozilla was one of the initial web browsers to introduce AI and VR in their objectives. In 2017 they also launched Web VR Applications for the browser of Firefox!

Samsung net or Samsung Internet also allows the user to experience VR just with a headset.

Mozilla’s software React VR was shown immense love and respect in the market.

The VR market is growing continuously compared to other industries. It is very important that businessmen incorporate VR into their services.

Mixed Reality is also gaining humongous popularity where the user is allowed to interact partly with real-life objects and partly with virtual reality.

Users can look through a draft WebXR API. This has tools entailed with it such that the user can experience both virtual and actual services. The version  WebXR API includes both VR and actual life experiences by using tools from Augmented Reality AR support such as the Anchors. This software can be made use of in the browsers if launched with proper planning.

WebXR is an excellent tool that can be used by software engineers. What it does is- the tools help the developers create programs that help the VR run on remote devices

The tool also has an association with Samsung net and other web sources.

Will we have 3D Browsers in the future?

The simple answer to this question is yes!

All the businesses are in the process of expanding their resources and we will have 3D browsers in the future.

Although as of now mostly AR support, augmented reality and VR are available with the help of devices like headsets. Soon enough 3D support browsers will be available where the user can surf the net in an immersive experience!

The 3D reality will be available on small devices like tablets, mobiles, and laptops too.

It is speculated that the Snapdragon core will support virtual reality-based games too.

Thus VR is slowly seeping into the industry now. If you are an online web owner then you will have to integrate Virtual Reality experiences for your audience sooner or later.

It is estimated that shows on YouTube will also be seen on Virtual Reality platforms like in theatres!

How wonderful would it be if you could just sit back on your cozy couch with a bucket of popcorn and experience alive theatre? What this means is instead of viewing the favorite show or your best stand-up comedy on a 2D screen you can experience it in 3D and feel as if you are really present there. This is what virtual reality will bring into the world. People can access all sorts of entertainment like museum tours, stand-up comedy shows, or any kind of movie in real life. They will be able to interact with the objects being presented to them like laughing or interacting with the stand-up comedian just like they would in a real-life scenario.

Similarly, for websites that sell clothes or accessories, VR will make it seem like a walk-in store. As in user, you will be able to walk into the store and try on clothes in virtual reality like you would in a physical trial room. The potential that virtual reality holds is immense and unimaginable if channelized in the right way. Business owners will also benefit and profit a lot from virtual reality programs. Virtual reality will increase customer engagement and clients will be more prone to spending a lot of time on the browsers and websites which have the facility of virtual reality.

Next
8 Advantages of Virtual Reality in Business
Cancel Reply
Get In Touch!